What we stand for.

Pets – We offer premium services and products for the ultimate well-being of our family companions.

People – We deliver excellence in service, and are an expert resource for pet care and animal wellness.

Planet – As a sustainable business, we always do our part to have a positive impact on our local community and the global environment. 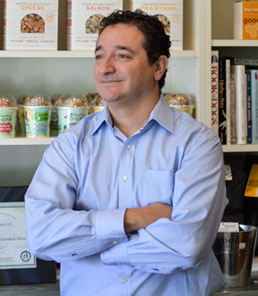 Omar Zahzouhi—or Uncle Omar as he’s known by customers—has over twenty years of experience in the fields of companion pet care and animal wellness services. He worked as both a receptionist and as an assistant at a number of veterinary practices in Los Angeles, Ann Arbor, Long Island, and Buffalo, including most recently at the Blue Cross Small Animal Hospital where he was given the honorary title of Lobby Ambassador. He was also responsible for the start-up and management of four pet retail stores before embarking on his professional dream of opening Animal Outfitters in October 2005.

Omar was a founding board member of Buffalo’s Barkyard, and he regularly commits his time, passion, and expertise in support of a variety of local animal causes and pet-related charities. Because of these efforts, Omar was presented in 2012 with an award from the Western New York Veterinary Medical Association for his Outstanding Service to Animals in Western New York. 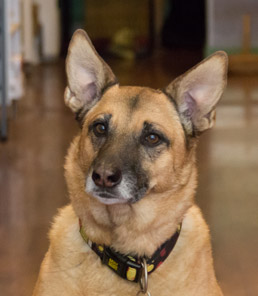 Star—aka Starlicious—has over nine years of experience managing all food, toy, and treat operations at her favorite pet shop, Animal Outfitters, where everything is Star tested and Star approved.